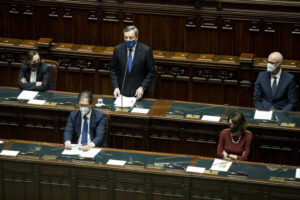 Hindi
ROME – After the Senate, the Chamber of Deputies also gives trust to the Draghi government, with 535 votes in favor, 56 against and 5 abstentions: among the “no”, those of Fratelli d’Italia (in whose team a deputy who left the Lega, Gianluca Vinci) and the “dissidents” of the M5S who will probably have the fate of their colleagues in the Senate  who had voted no to trust and who were expelled from the Movement.

Very hard Giorgia Meloni, leader of the only opposition force, Fratelli d’Italia: “If FdI had chosen to stay in this government, Italy would not have had an opposition, moving closer to North Korea”. END_OF_DOCUMENT_TOKEN_TO_BE_REPLACED 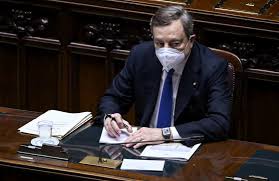 Update of the Covid-19 Landscape

Hindi
Globally, there have been over 110 million confirmed cases of Covid-19 according to Johns Hopkins University data.  Since the start of the pandemic, over 85 million have recovered and more than 2.4 million fatalities were attributable to the virus.

Here we provide a daily update of the data available for select countries and jurisdictions as of February 18, 2021, at 11:30 am (EST).

Note: Worldometer has recently added estimated recoveries in Spain. Figures are based on country-specific historical data for recoveries and antibody tests and analysis in autonomous communities and comparable countries. 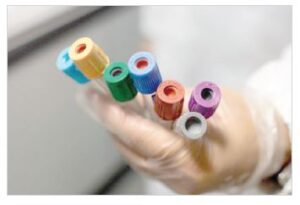 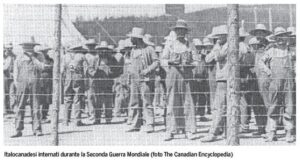 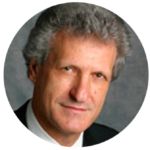 Hindi
TORONTO – In the end, from a personal perspective, one is left only with one’s good name – a reputation. Corporately, a legacy against which the public can measure value to societal standards. Both are built incrementally by sweat and tears. The ride is not always smooth.

The Corriere Canadese, in one form or another, has been in the service of the Italian Canadian community since 1954. Its purpose, from my point of view, has always been to integrate immigrant value structures into those newer ones that individual newcomers and their families were creating, in the course of their interaction with other disparate immigrant groups.
Corriere >>> END_OF_DOCUMENT_TOKEN_TO_BE_REPLACED

***This project is made possible in part thanks to the financial support of Canadian Heritage;
and